Automata in Greek mythology and other cultures

The Ancient Greeks were thought to have provided the earliest examples of Automata. We know their engineering skills were further developed than the rest of the world and to them, the idea of building mechanical machines that mimicked living beings became somewhat of an obsession.

Mythology provides us with a great number of stories regarding amazing mechanical objects and people. Many of these are no doubt just that- myth- but we do know that, as a result of their advanced abilities, they were capable of devising machines powered by steam or water, as well as contraptions worked by human-operated levers. 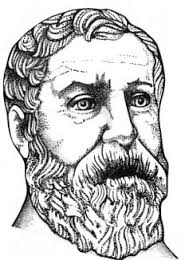 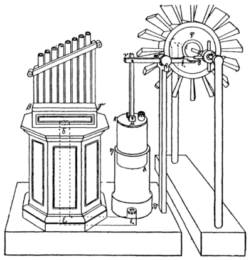 The famous Greek Mathematician, Hero of Alexandria, devised a water basin that featured metal birds which sang. An mechanical owl would turn its head to look at the birds, making them go quiet. One of his most well-known creations was a windwheel- this is possibly the earliest example of man harnessing the power of wind in a non-sea environment.

The Greek inventor Ktesibios was a keen student of the priniciples of pneumatics and was known to have created a large number of water-powered Automata. His water clock (left) was thought to be the most accurate ever made, not only at the time, but for nearly 2,000 years afterwards.

Philo of Byzantium wrote about mechanics and created a what was thought to be the earliest example of a working robot. Featuring a multitude of springs, pipes and tubes, and utilising air pressures, the result was a life-like maid who could automatically pour wine into a cup which had been placed in its hand by a visitor. The robot was even capable of mixing water into the drink as required.

The common theme of the stories arising from this period was a desire to re-create living things. Daedulus was a prolific inventor who was said to have made breathing, moving stone statues, whilst accounts exist of various mechanical birds who could fly and/or sing, such as magpies, pigeons and blackbirds.

What is clear is that the Greek Mathematicians, Engineers and Inventors were well ahead of their time and it is only the stormy, unstable history of the time that stopped some of their ingenious designs being further developed until a great many years later. Had history been different, it is entirely possible that we could have seen fully usable steam-driven boats and cars being built at the time

Mythical stories from this time abound, and not just from Greece. In Jewish legend, King Solomon created a throne (right) whereby a mechanism was put into motion when he stood upon it. Mechanical animals such as lions and tigers helped him up each step by way of a wheel making their paws move to support him. At the top of the steps, Solomon’s crown would be delivered by an eagle and then when he was seated upon the throne, more wheels would cause each animal to deliver its respective cry, as a means of striking terror into those who stood before the King. Lastly a dove would bring Solomon a Torah scroll, containing the laws of God. 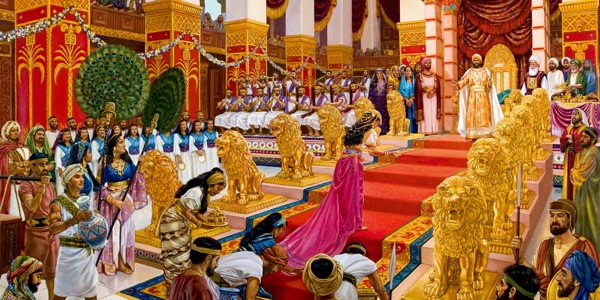 In general, the presence of Automata in the palaces of the leaders of the time was highly desirable as they felt that these wonders of mechanics increased their armoury of influence. Inventors were only too happy to indulge the wishes of their rulers.

Previous- The History of Automata
Next- Automata during The Middle Ages
Pre-booked tickets only required for Warwickshire School holidays. Pay on the day any other time.Tickets
+