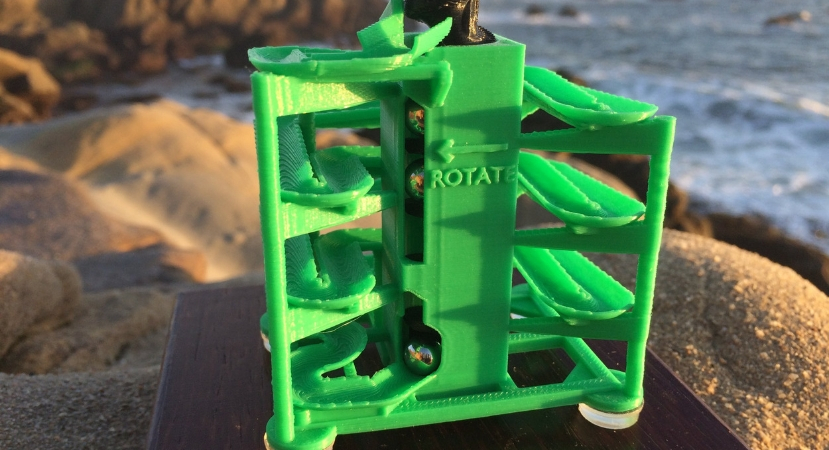 New exhibits at The MAD Museum

WHAT IS 3D PRINTING?
3D printing is the process in which digital models are constructed into physical three-dimensional objects. The finished product is built in layers, one layer at a time and precisely as designed. No tools such as cutting tools, sanding machines, etc are required. 3D printing is a slow process and typically takes around 4 – 20 hours to build a 3D object.

NEW 3D MARBLE RUNS AT MAD
These new marble runs where all designed and built by Jim Blomgren from Gualala Gadget (*add link). The company came about when Jim was exploring the complexities of 3D printing.  Jim noticed that most of the things that are 3D-printed these days, while fascinating and very creative, are static objects with no movement at all, like action figures. So Jim decided to create a 3D-printed object that incorporated movement and started devising his first marble machine.

After many months of trial and error, tweaking and changing, he had his first Gualala Gadget working perfectly.  Jim has found the process of gadget-designing so enjoyable, he can’t seem to stop himself from creating new gadgets.  And in the process, Jim has managed to push the limits of 3D printing.

Half-term tickets will be able to be booked from October 1st. No pre-booking necessary during the week (only at weekends and school holidays)
+